You can find the animation and paper here.

This is what my setup ended up looking like. A nice 3-point lighting system with some blue gels to help w/ color – though I ended up having to do some minor color adjustments near the end anyway :/ 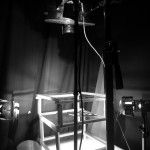 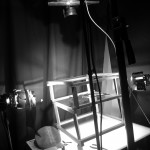 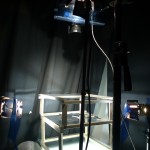 Talked a bit w/ Kristin and I think I may add a 3rd light for some 3-point shooting action. 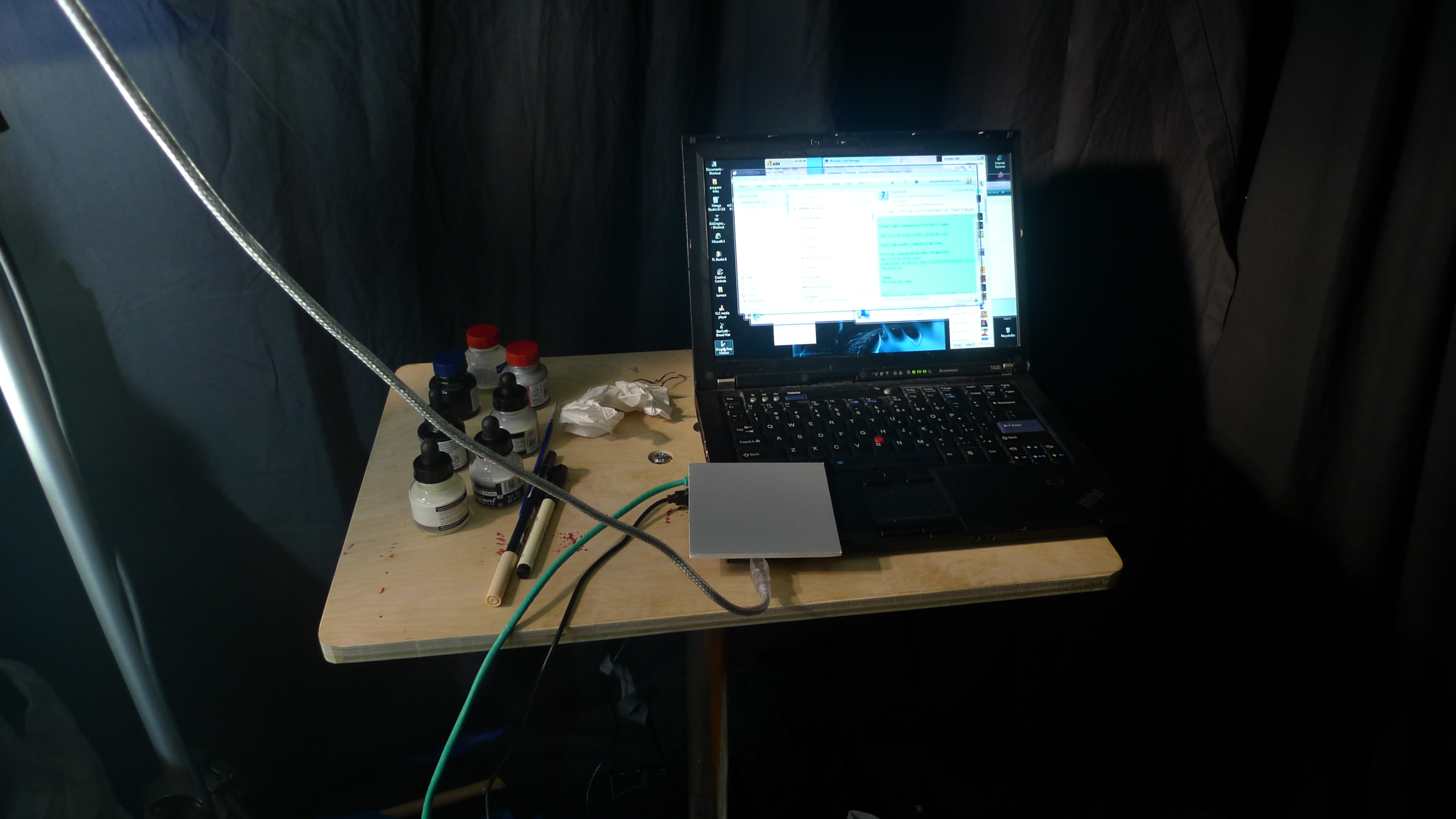 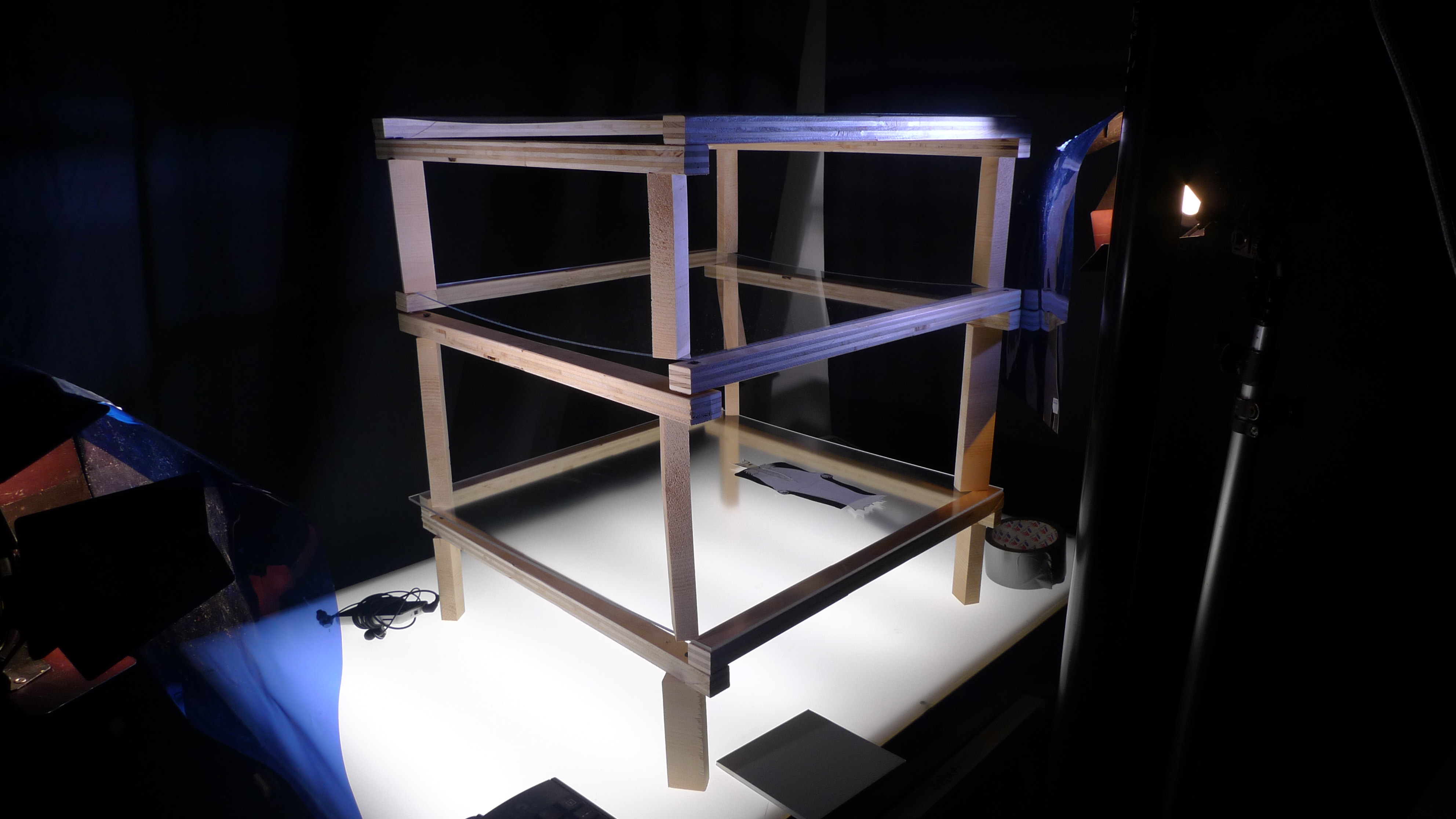 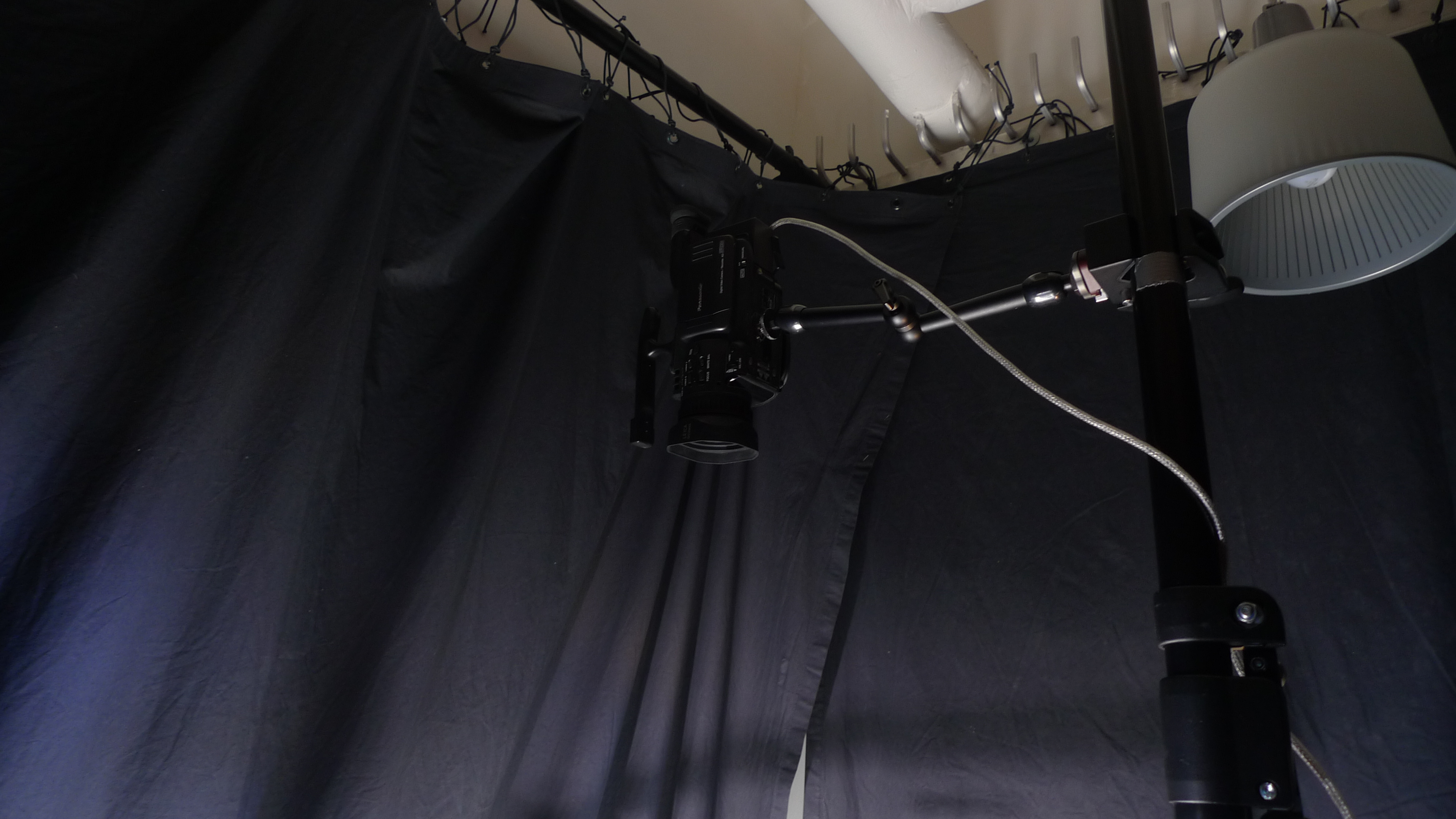 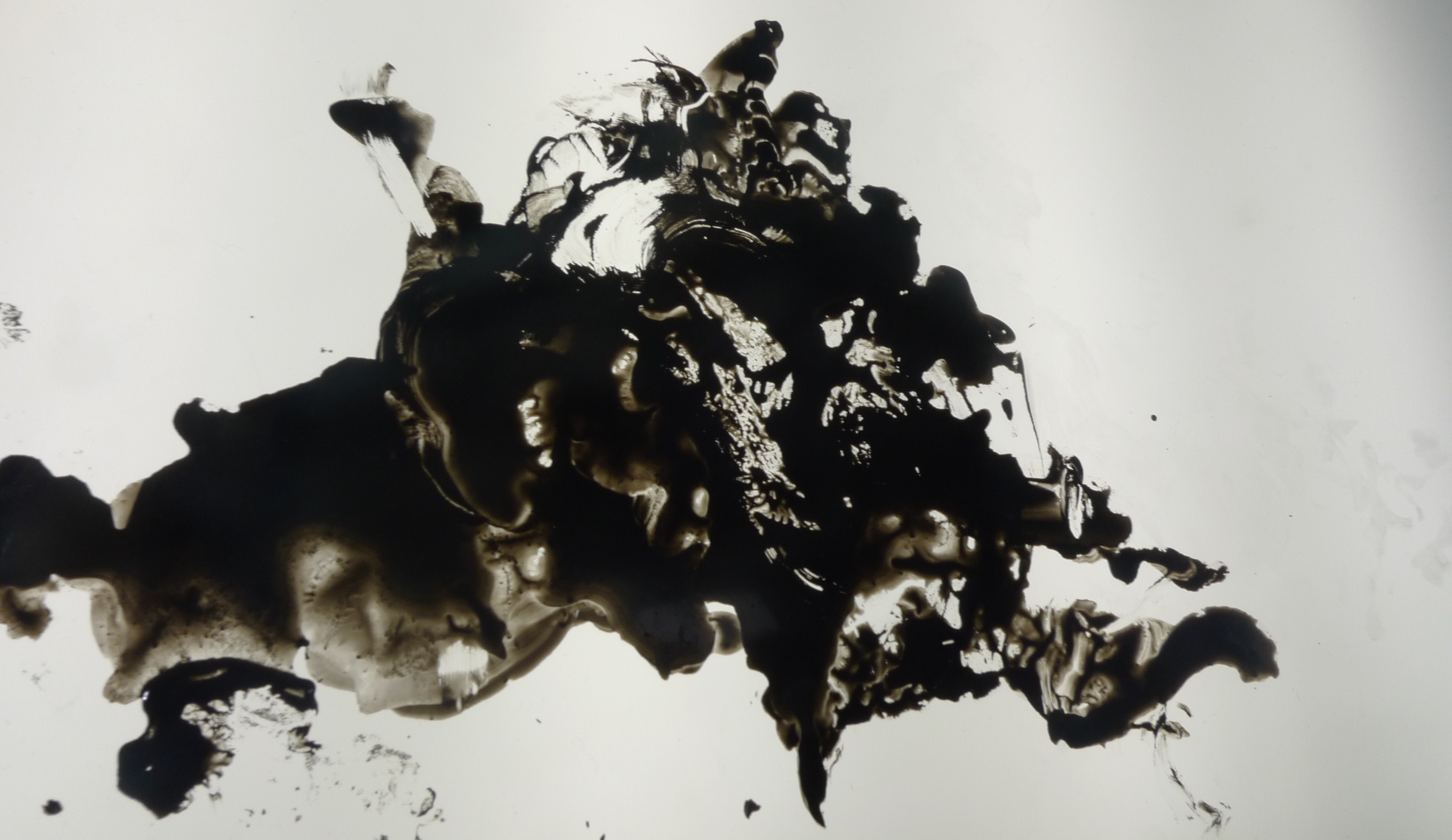 things that inspire me… 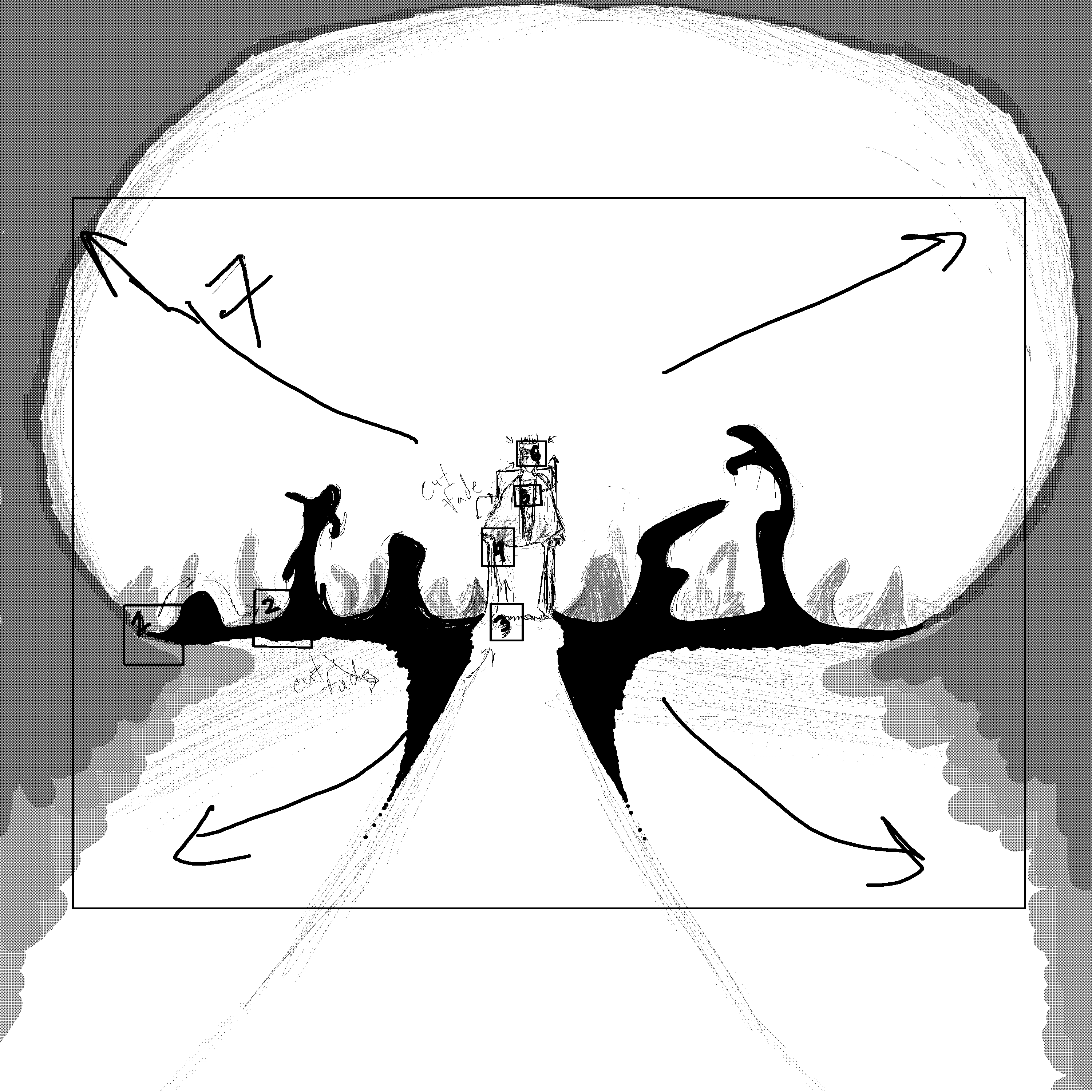 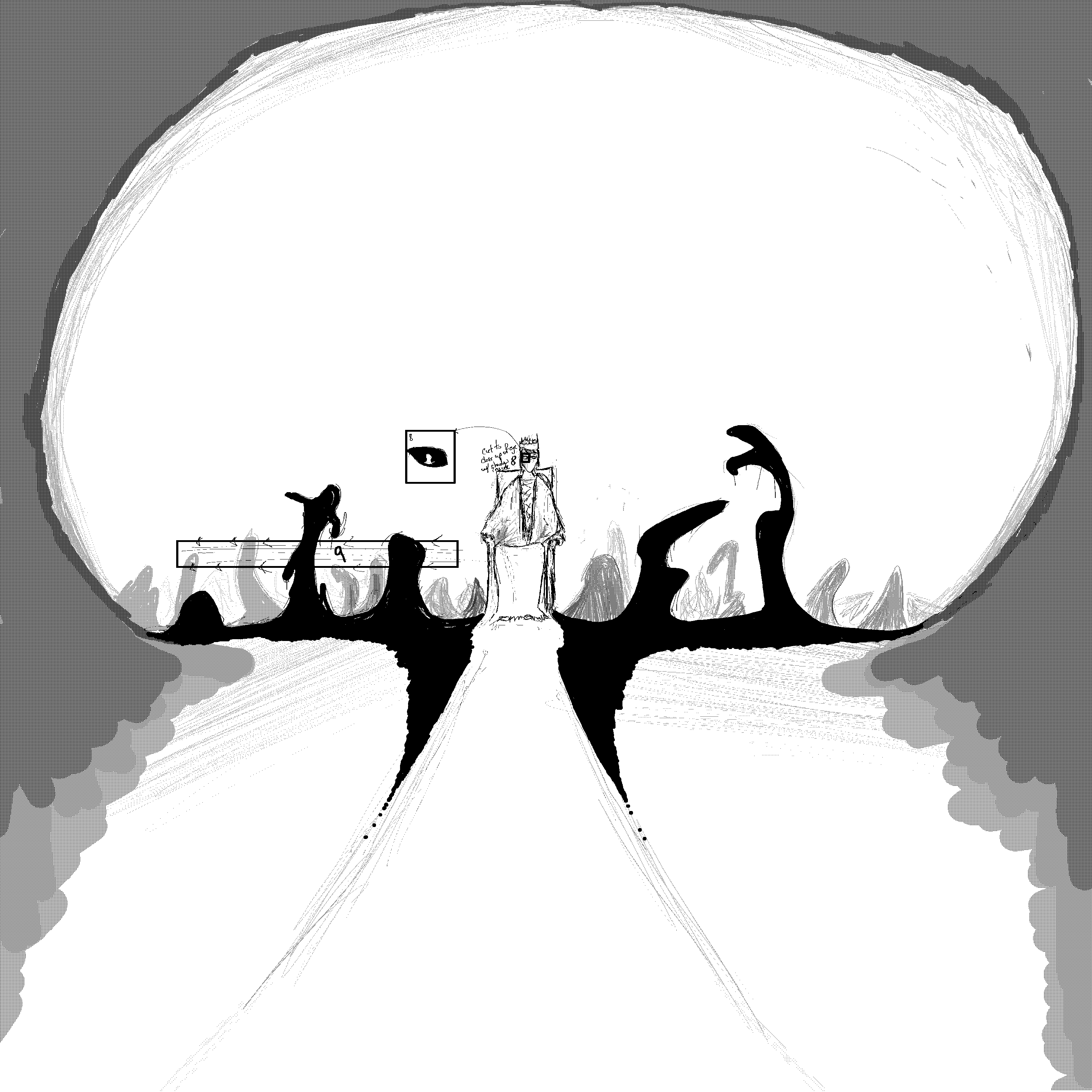 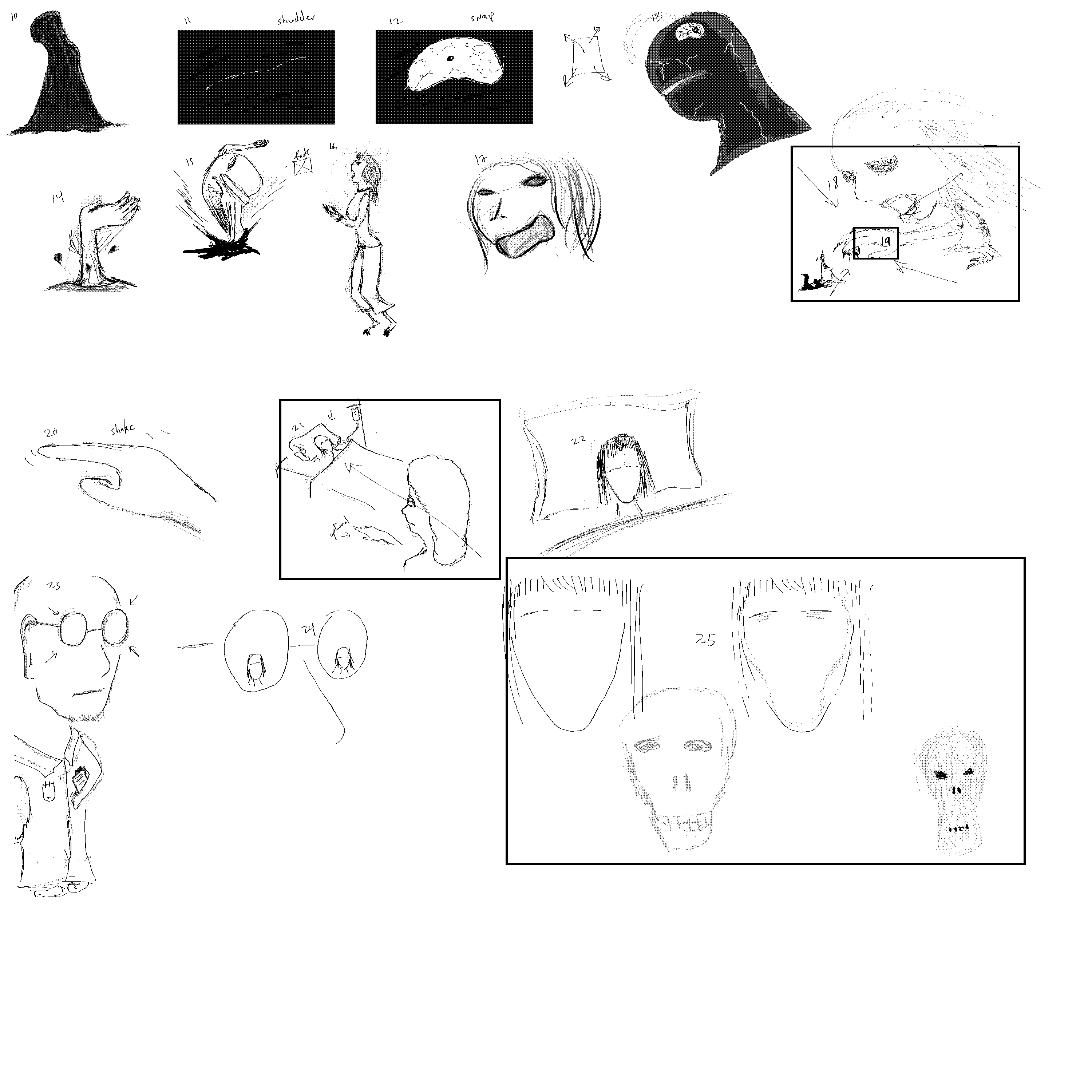 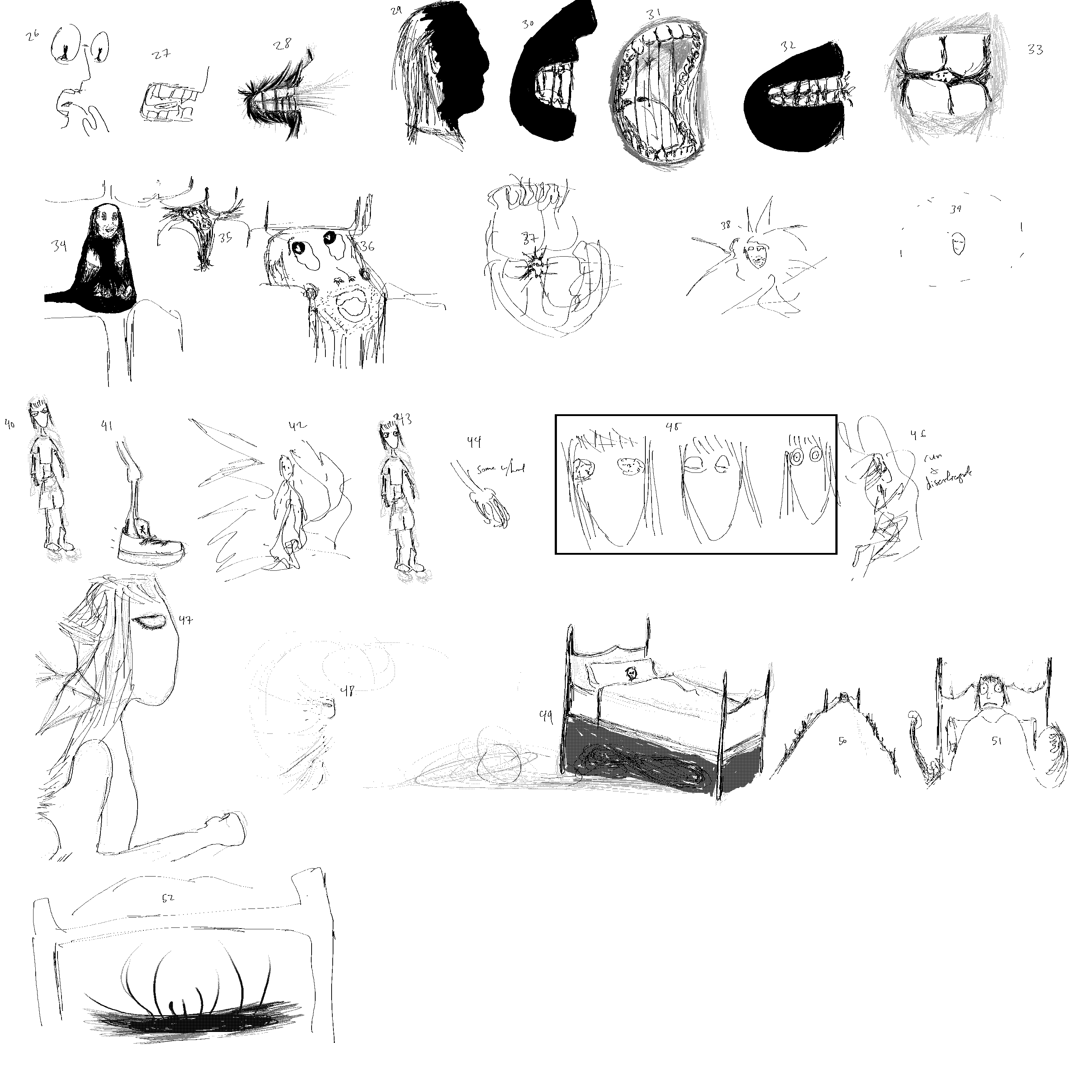 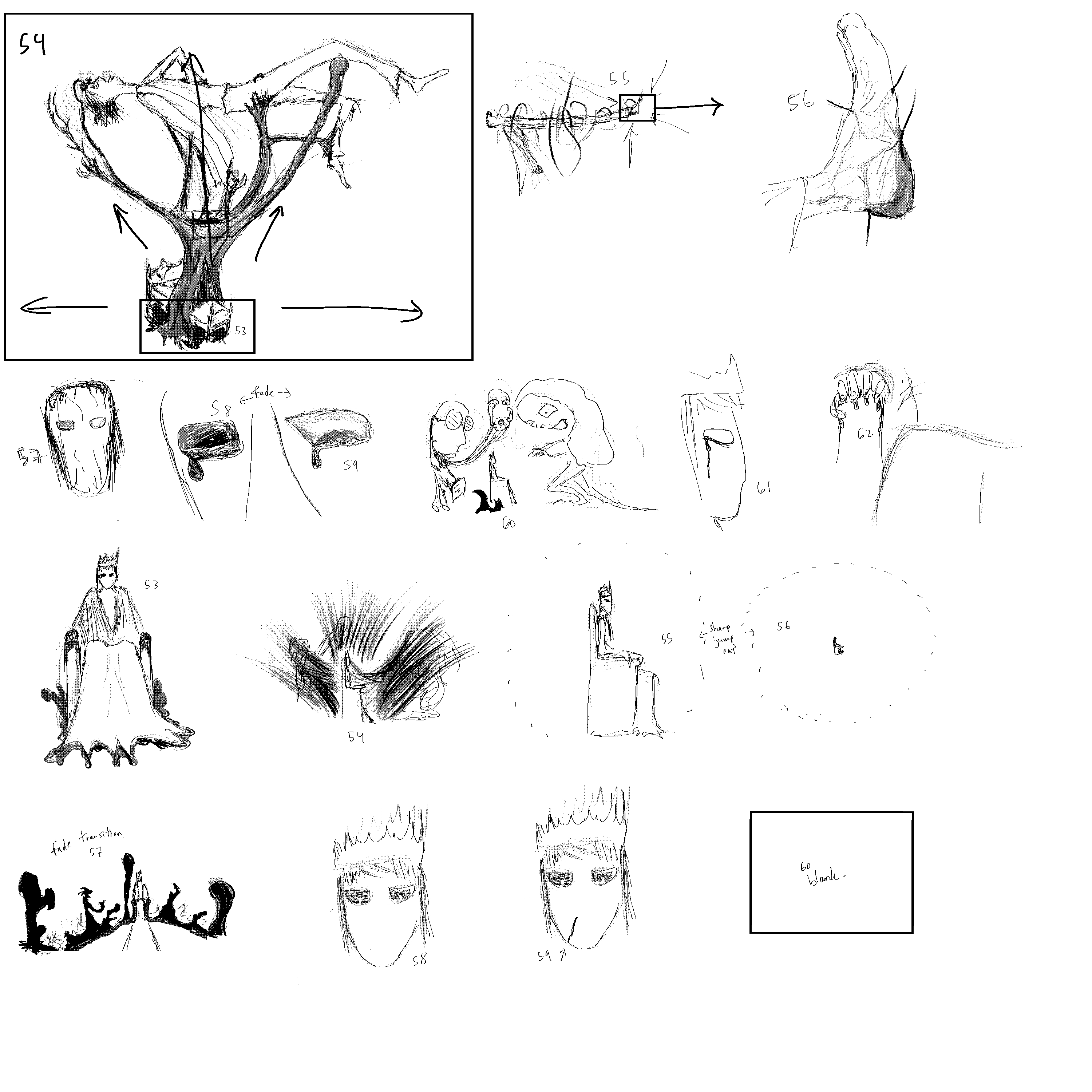 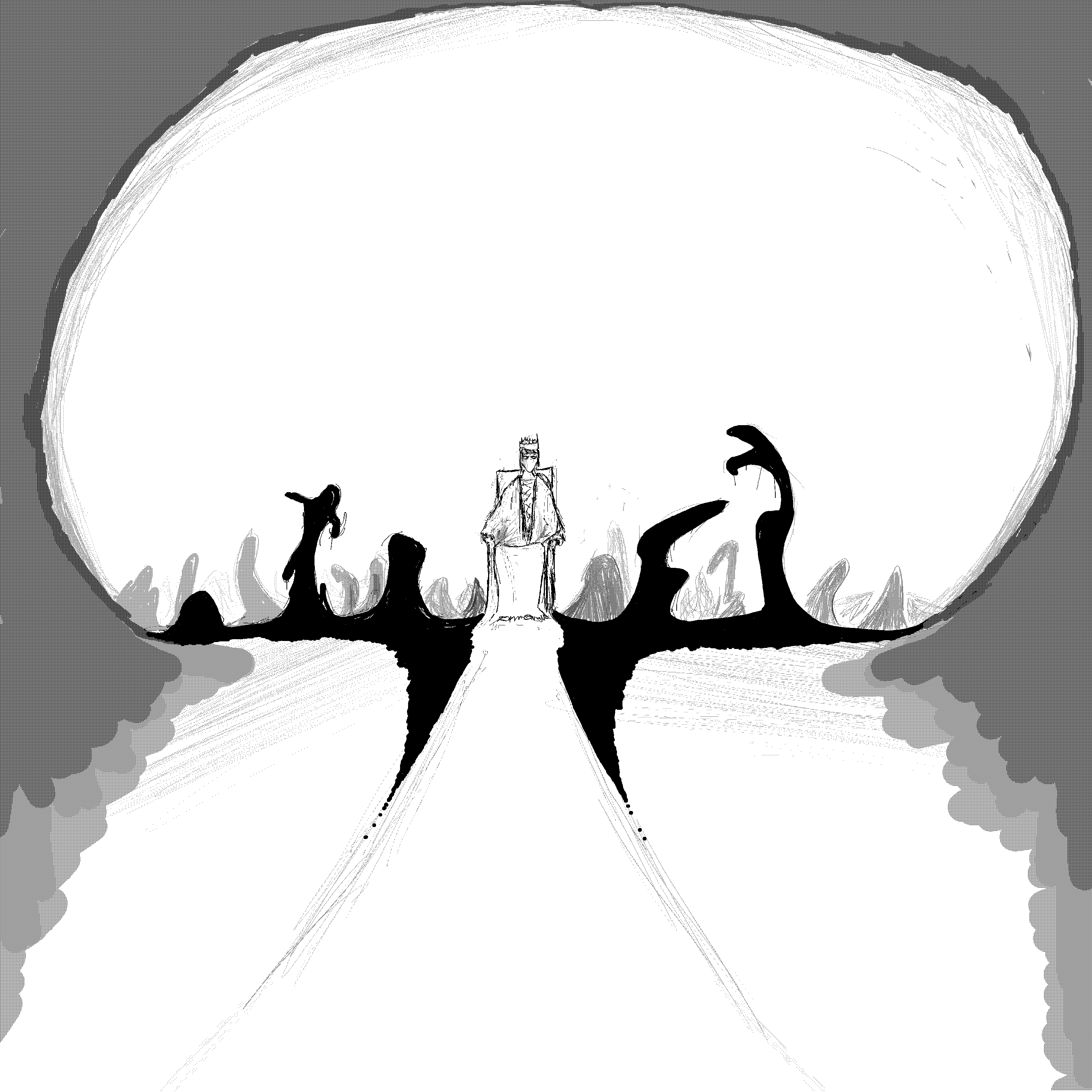 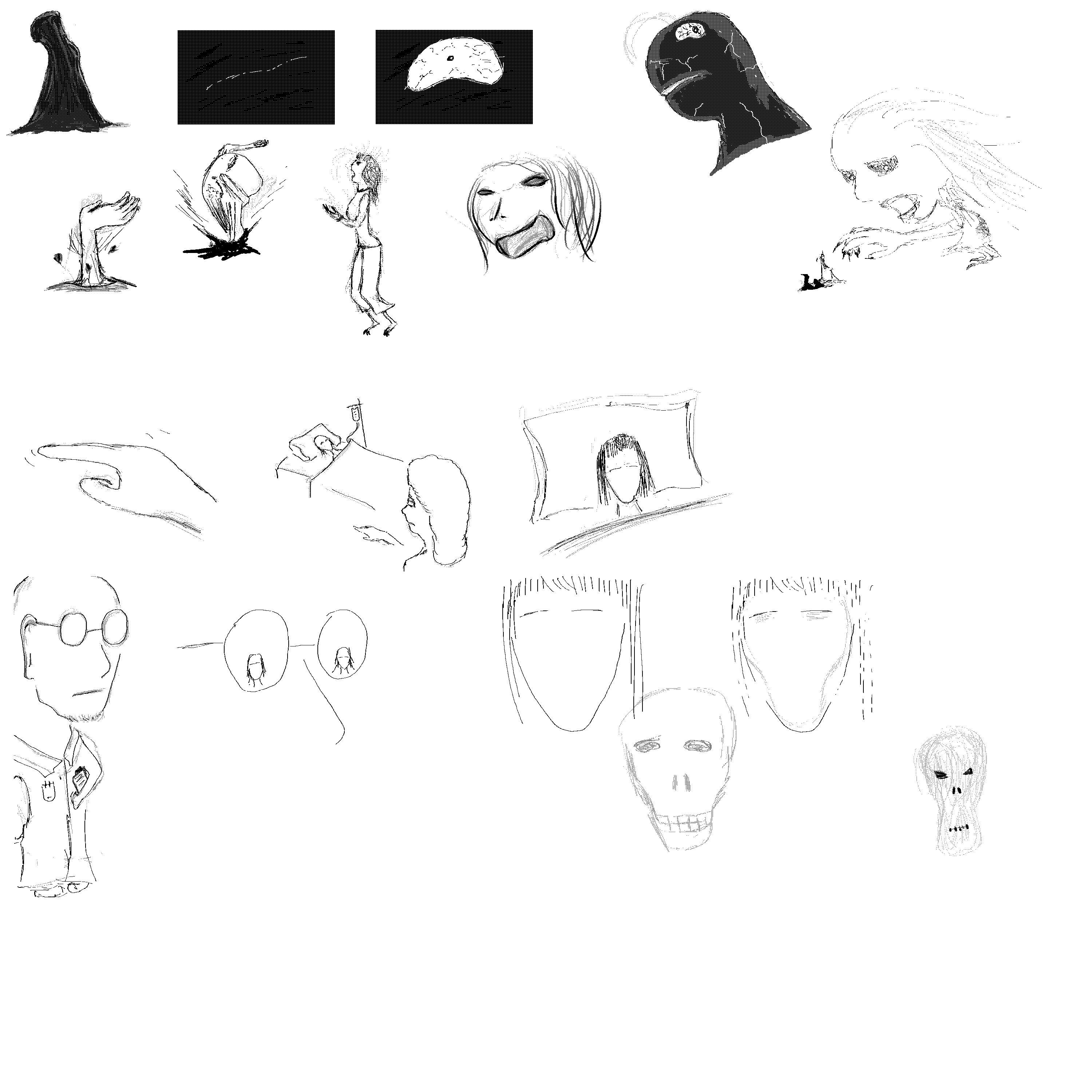 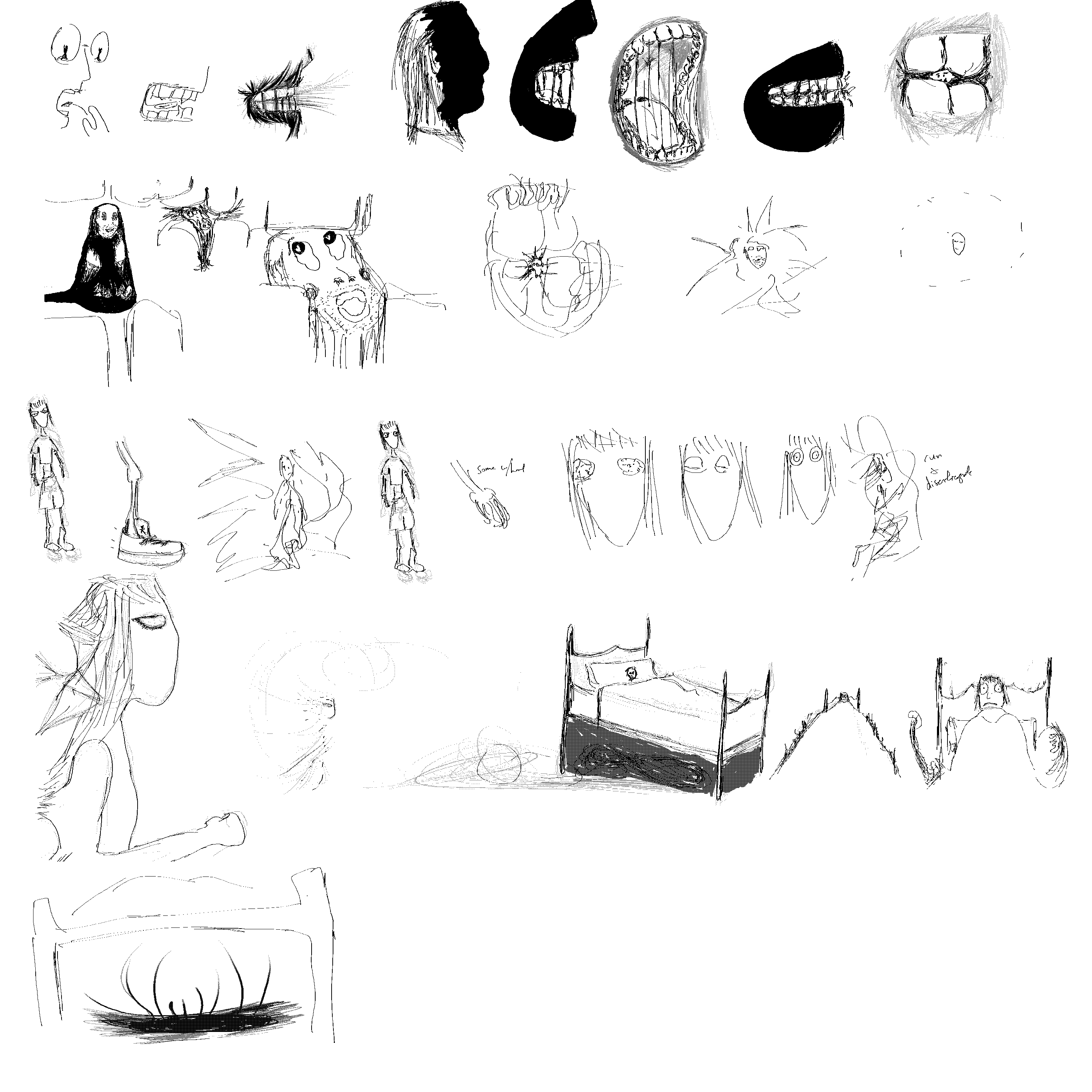 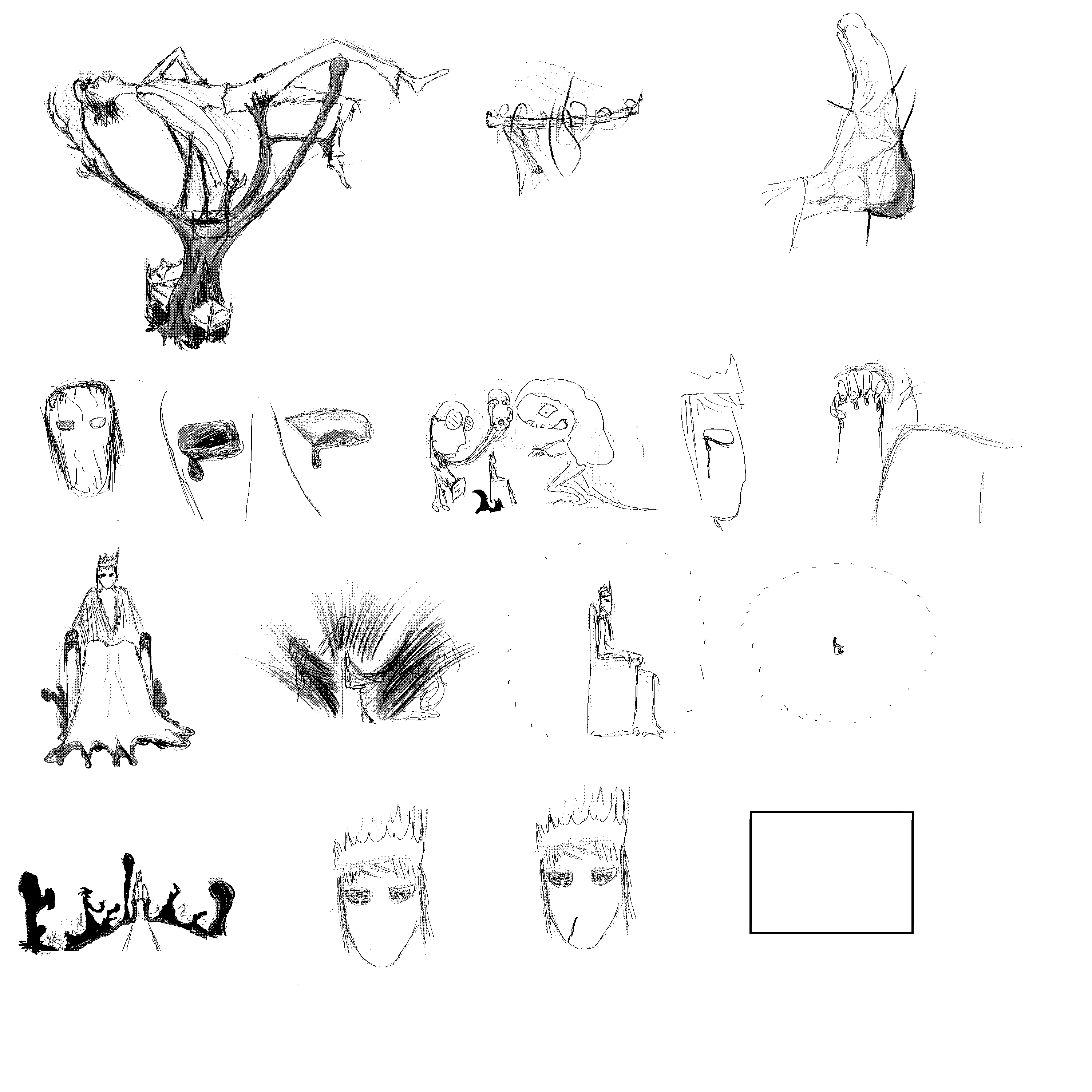 These are sketches / abstract storyboards for my project. Below the pictures is the ~general~ storyline. 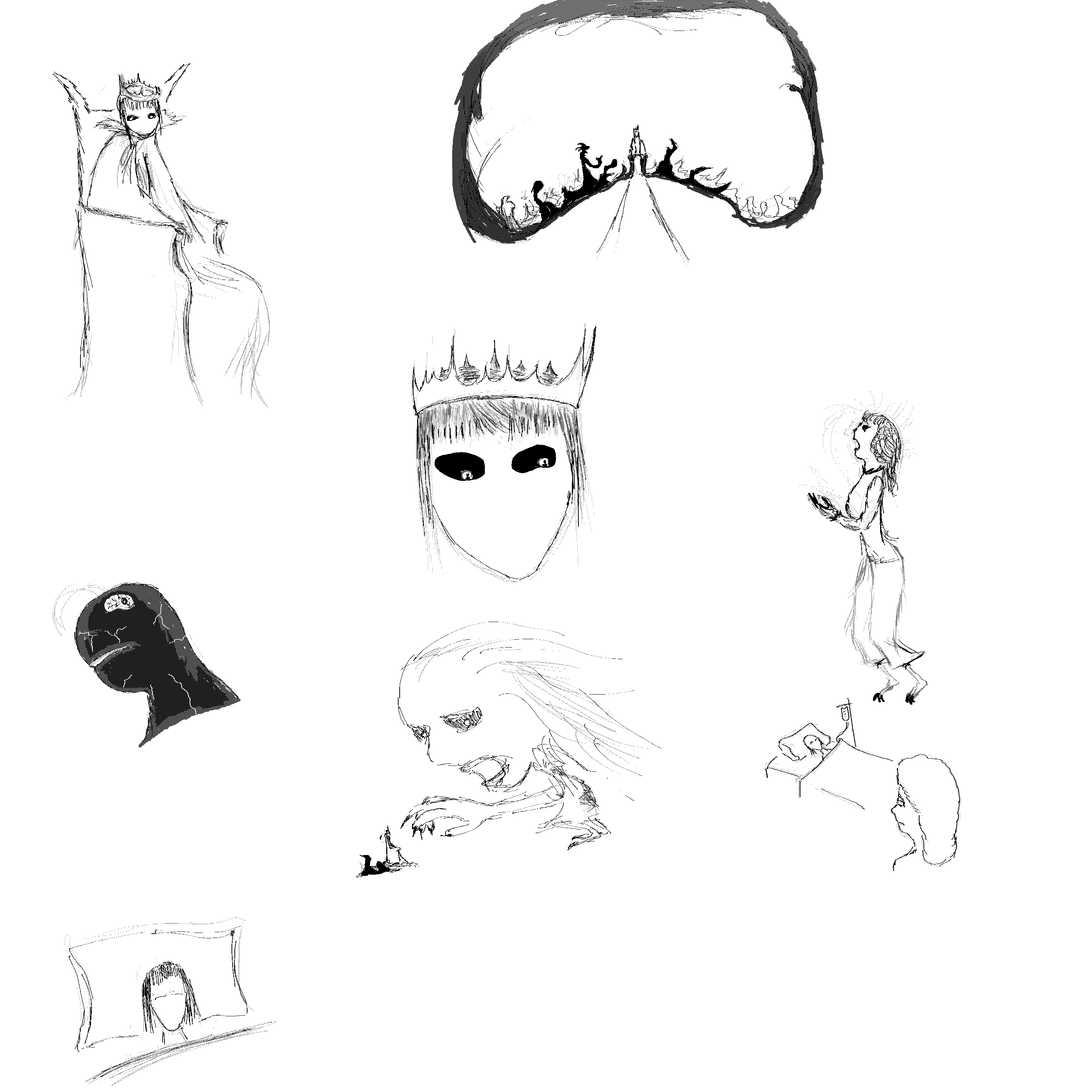 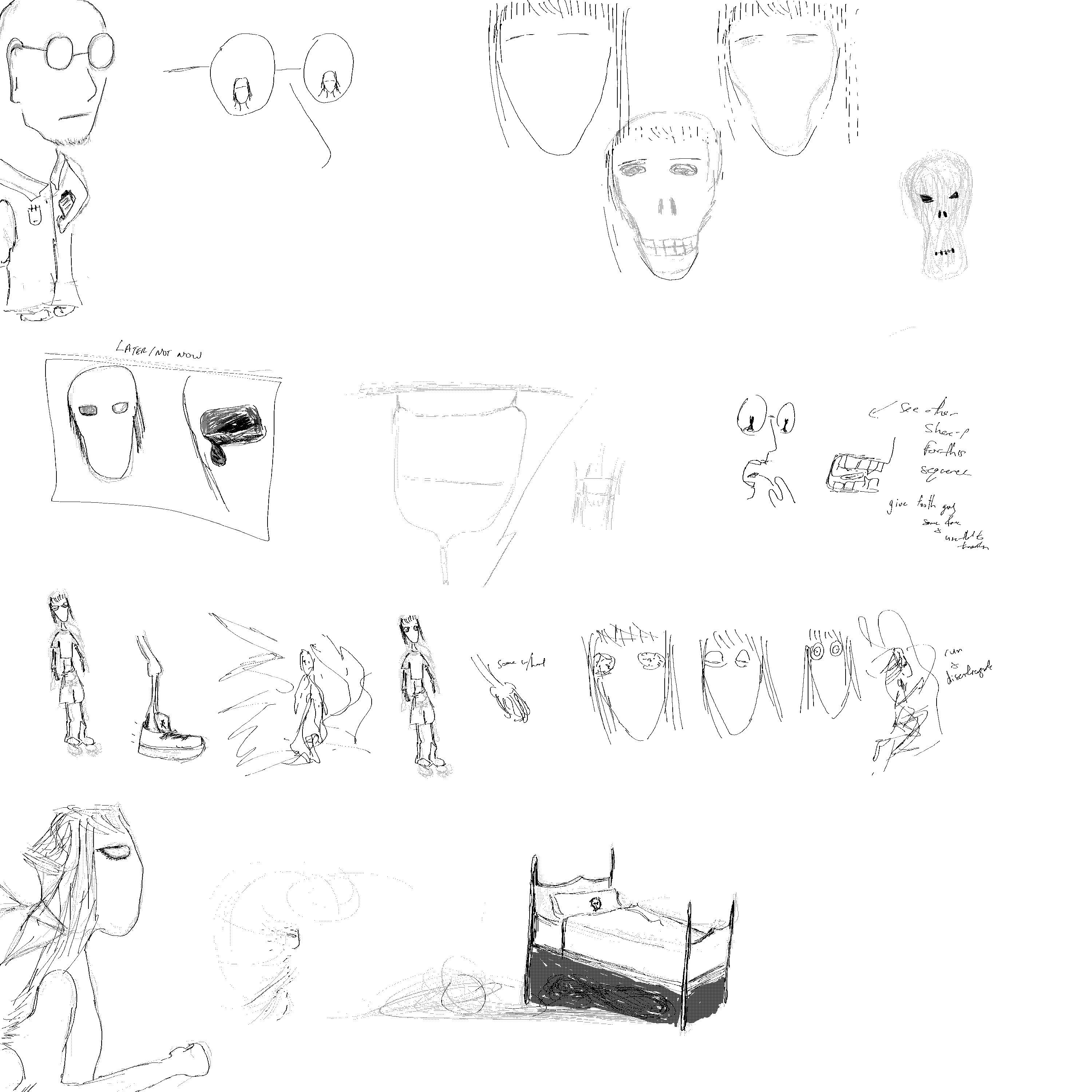 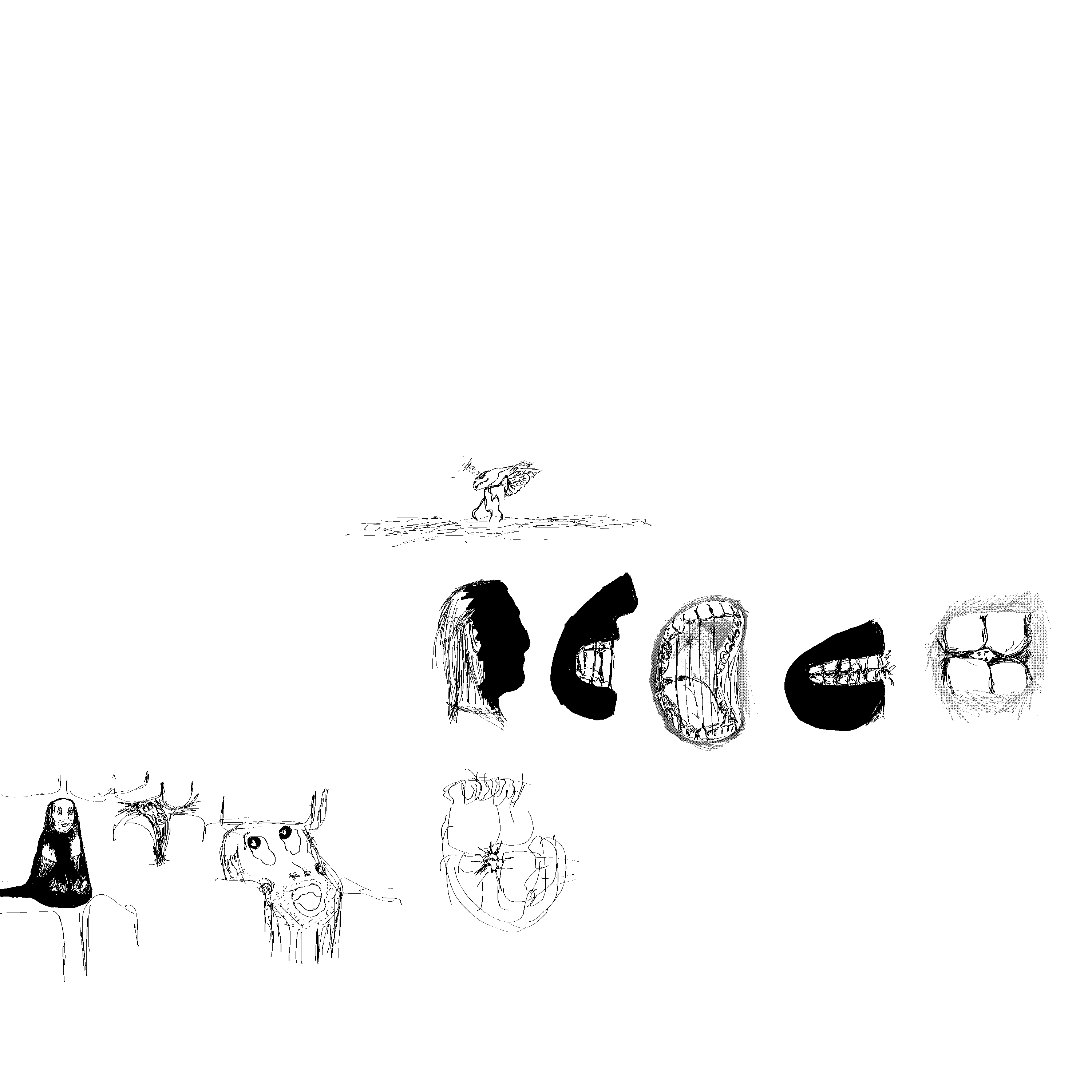 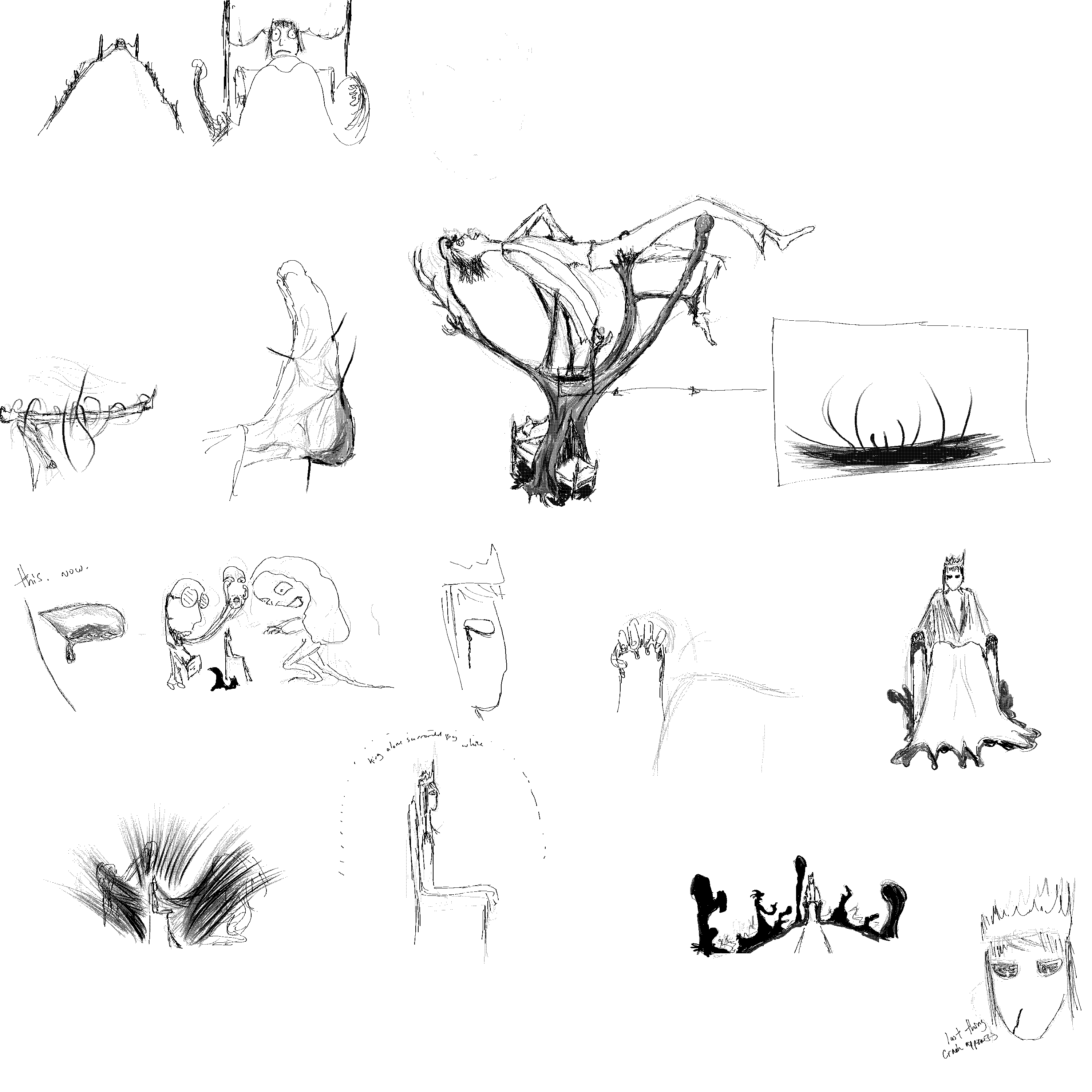 END_OF_DOCUMENT_TOKEN_TO_BE_REPLACED

// Essentially the split between reality and reality.

There is the reality you imagine you are in… and then the reality that really is. You are constantly constructing a false reality for yourself. (The fact that I call it a false reality is somewhat misleading. No matter how false it is, as long as it is real to you, then it remains a reality).

What truly goes on, if realized in a way that you could understand, would destroy your reality and create a new one. Humans are, after a certain age, more and more resistant to this rather personal destruction of a world they’ve long struggled to create. And so when presenting ideas to them, the best way to do it is through abstraction and fantasy.

You must lead them to these new realities by introducting new ideas in ways that do not hammer at them, but rather present themselves in ways that allow them to occur as if the subject has thought of them as his/her own.

It must, in essence, become “unreal.”

END_OF_DOCUMENT_TOKEN_TO_BE_REPLACED

What is the mood I seek? That is a fairly hard question. One might say, I seek the macabre. To disgust, shock, scare and horrify. But that would be untrue. The mood I seek is that of revelation. Of truth. My mental model of the world is based on what I consider irrefutable, sometimes harsh, truths. Truths that people do not want to admit to, but exist nonetheless. I like, admire, and seek to exemplify those works which dig at the so called “dirty” heart of humankind or indeed of life in general.

But, to do so is difficult. One cannot just say “such and such a thing is true” or “this is what you must believe.” People do not respond well to that sort of diatribe. You have to coax them, startle them, or somehow guide them along a path to an idea. You must force them to reveal the idea to themselves. Only then will they know it is true. Writers have been doing this since before we can remember. The world of literature has been exposing these truths time and time again. But in animation… it is rare that I see this happen. Sometimes it does. Don’t get me wrong. But not nearly as often.

And this is what I wish to do. Almost all of the stories I tell (written or digital) has dealt with something along this line. Though really, I don’t think of it in such terms. In my head, I usually think: “This is what I think and this is what I feel. Now how can I abstract it so that others may draw the same conclusions.”